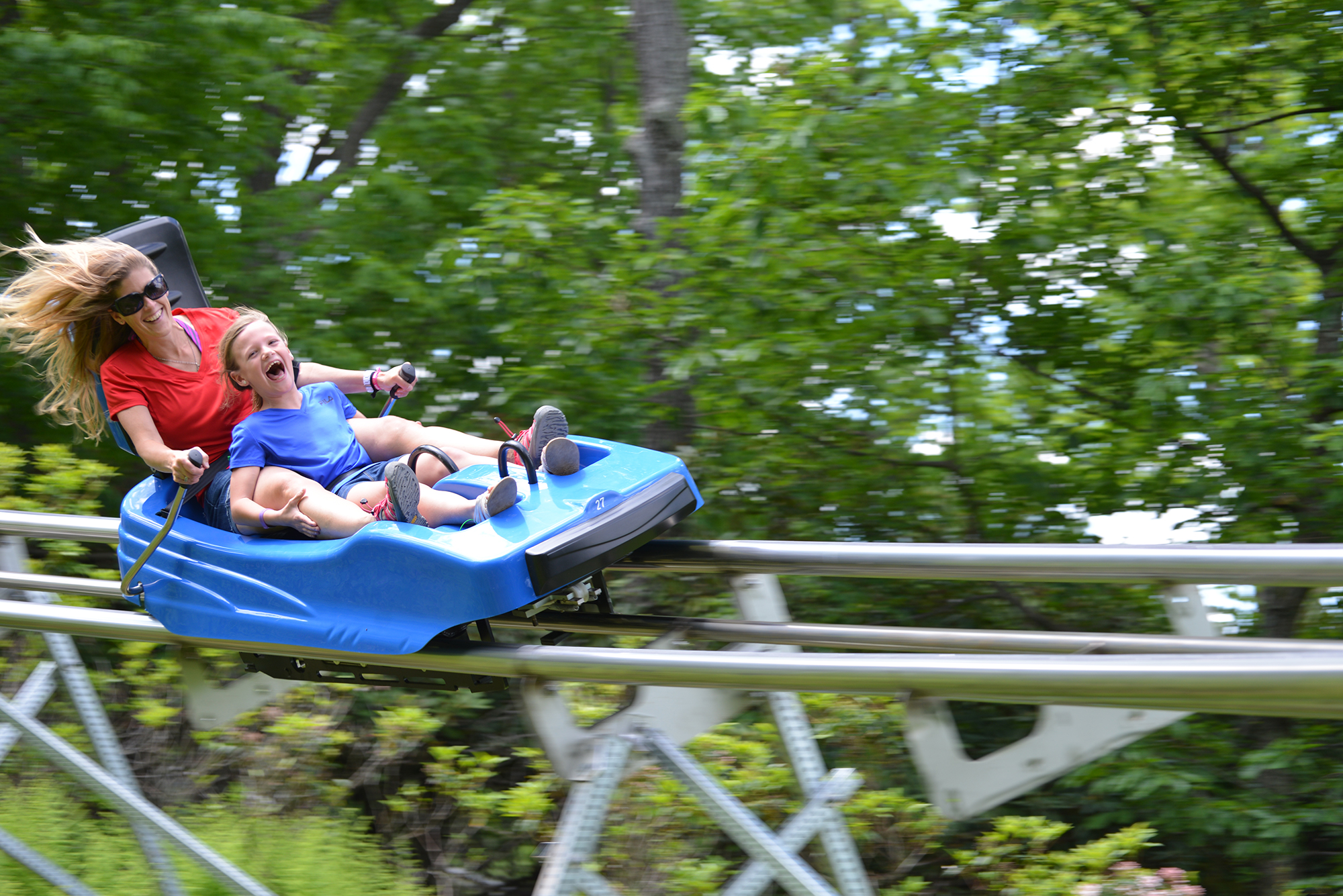 Summer at Ski Mountains | ADG Mountainsides IN THE NEWS | AQUATIC DEVELOPMENT GROUP | May 28, 2019

More and more mountain resorts are choosing ADG mountain coasters as a way to increase revenues and enhance their brand as a premier 4-season recreation destination.

ADG Mountain coasters are designed to operate year-round, enhancing their appeal as an investment. Resorts typically run alpine coasters on a limited basis during the winter (such as weekends
and holidays) and will ramp up coaster operations to six or seven days a week for the key revenue period during summer.

For this reason, Jessica Mahoney (Director of Marketing, ADG) said, “When you decide to build a coaster, ensuring an install time to get you up and running for those summer months is essential.”

As flagship attractions that help drive new and different customers to four-season resorts, mountain coasters are not only sought out by thrill-seekers looking for their next adrenaline rush, they’re very popular with families. Kids as young as three can ride them, and as many resorts have discovered, mountain coasters are also a hit with the silver-haired set. Bob Serfass, (Director of mountain adventures at Camelback), says this isn’t something the resort really anticipated when it decided to add a mountain coaster.

“We’re getting a lot of older people who really like the fact that they can control the speed,” Serfass said, adding that many of them are grandparents who see it as great opportunity to have fun riding the coaster with their grandchildren. “It really tailors itself to people of every age,” he said.

Seating up to two, ADG’s coaster carts are rider controlled (hand-held brakes enable carts to go as fast as 25 mph or as slow as riders want) and feature a patent-pending collision avoidance system and numerous other safety features. Mahoney notes that ADG’s customers generally charge anywhere from $10 to $25 for their coaster experiences that feature a wide variety of zigs, zags, dips and 360-degree corkscrew turns, usually through picturesque forest areas.

The average mountain coaster ride lasts around five to six minutes. Mahoney adds that the average of length of an ADG alpine coaster track is about 5,000 feet. One of the newsest ADG coasters is at Copper Mountain and is among the longest in North America, with a track that’s 5,800 feet long (of which nearly 4,000 feet is the downhill descent) and with a vertical drop of 430 feet.

Each ADG coaster track is prefabricated at the company’s manufacturing facility in New York state. The modular design and flexible track configurations of ADG coaster systems enables them to be tailor-made for each mountain’s terrain and also cuts down on installation time.

According to Mahoney, an ADG coaster track can be built from start to finish in under four months. ADG assists clients not only with the planning process, both in terms of assessing potential routes and the operational needs of coasters, but also provides project managers who work on-site to ensure  construction goes smoothly. “It’s a partnership,” Mahoney said.