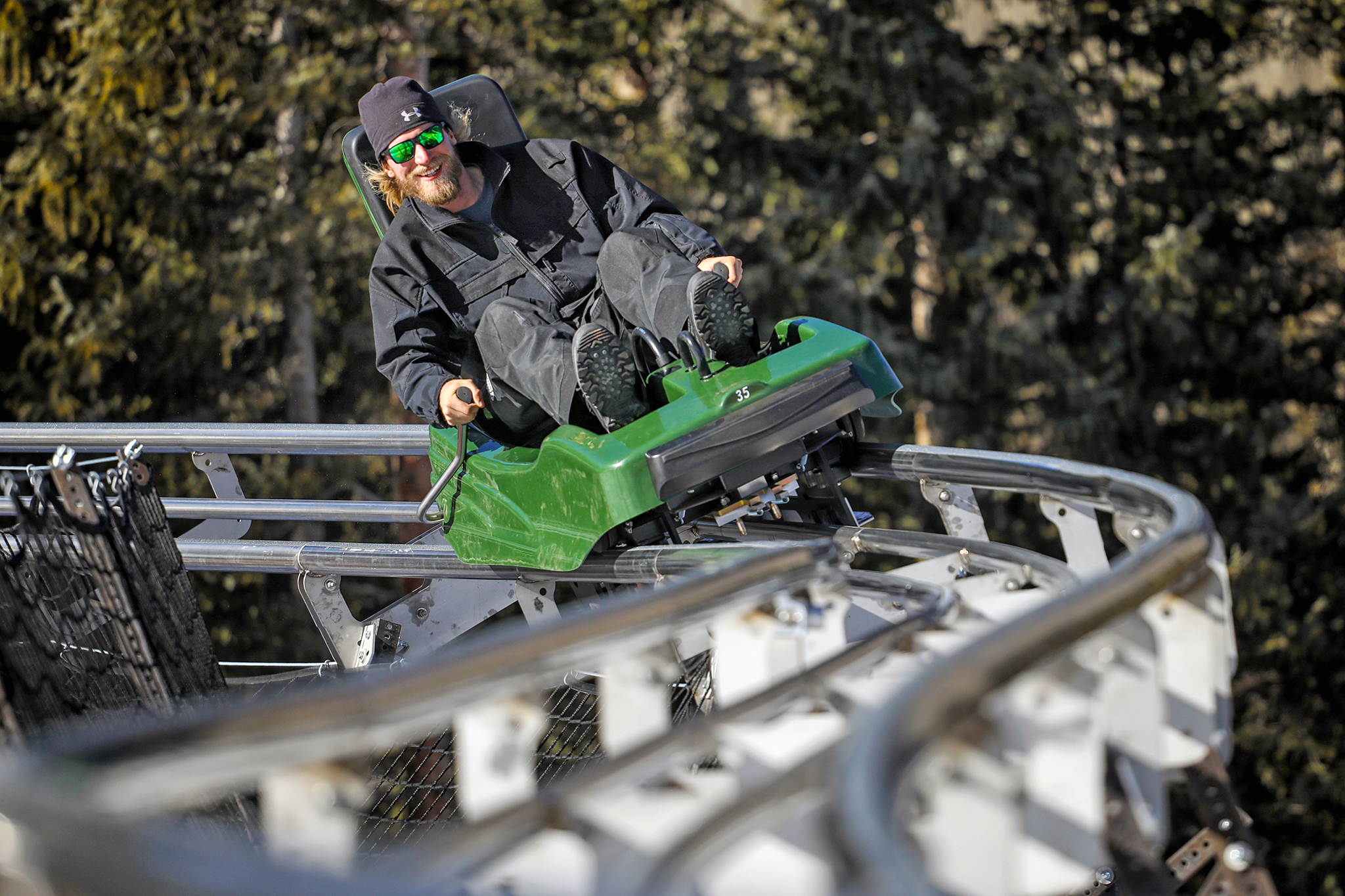 It’s the Year of the Mountain Coaster in Colorado Ski Country! IN THE NEWS | AQUATIC DEVELOPMENT GROUP | March 5, 2018

Like it or not, 2018 is the year of the coaster in Colorado ski country. The trade association with that name represents four resorts that have either opened a ride or plan to this year, along with Steamboat’s Outlaw Mountain Coaster. Copper Mountain Resort unveiled a coaster a weekend before the bobsled-like carts started running on Aspen Snowmass’s coaster, and Durango’s Purgatory Resort expects to open one this summer.
Compare the four coasters with the one new chairlift that came to Colorado Ski Country’s member resorts this season.
The attractions arrive as the industry continues its push for no off-season. Nothing more boldly proclaims the attempt for year-round business: a twisting, turning, tumbling track of tubular steel on which people zoom 25-plus mph.
For purists and nostalgic regulars who cringe at the sight of more condos and restaurants and the like on their favorite mountains, coasters are new realities. They follow in the wake of the 2011 Ski Area Recreational Opportunity Enhancement Act, which cut red tape for the U.S. Forest Service to approve more amenities.
“It’s more like an education with our local community,” says Taylor Prather, speaking for Copper Mountain, where the coaster is reached from the same base area that hosts a ninja obstacle course. “The misperception we’ve had to correct is that we’re taking terrain away, when in fact that (coaster area) was never skiable.”
But executives are confident in what they’ll gain. At Purgatory Resort, General Manager Colin McBeath would be pleased to double summer visitors upon the coaster’s opening. (The Forest Service predicted nearly that for Snowmass’s coaster, the fourth to be approved in the White River National Forest, joining Copper Mountain, Vail and Breckenridge.)
It’s not only customers that McBeath is excited about attracting.
“We can attract long-term employment,” he says. “It’s just good business to be able to maintain your workforce throughout the year, so you can train and get better rather than starting from zero again every season.”

Find out more about the latest Mountain Coaster to open at Copper Mountain in Colorado. At 5,800 ft it is one of the nation’s longest to date.