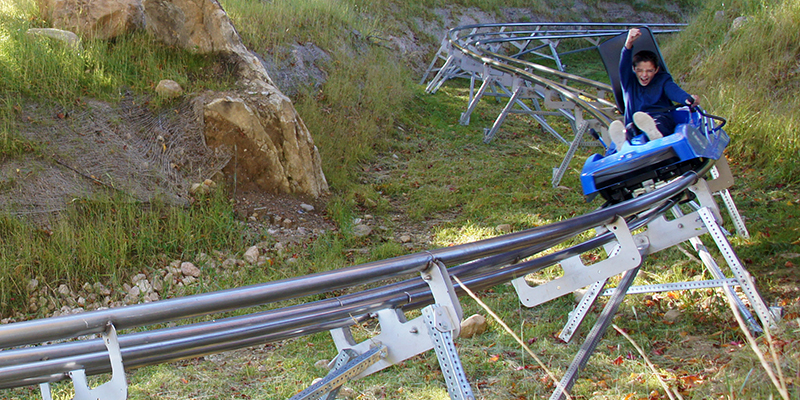 What to Do at a Ski Mountain When There’s No Snow IN THE NEWS | AQUATIC DEVELOPMENT GROUP | January 4, 2016

Year by year Mother Nature becomes increasingly difficult to predict.  While 2014 produced a stellar winter season for Ski Mountains, 2015/2016 has been exceptionally underwhelming along the east coast.

So, what exactly is there to do at a Ski Mountain when snow refuses to fall? Two words: Mountain Coaster.

A rider controlled Mountain Coaster is essential for any Ski Mountain at risk of seeing barren grounds instead of slopes covered in fresh, powdery snow; Consider it a measure of insurance against Mother Nature. This holiday season has found some Ski Mountain owners searching for alternative activities for their guests to enjoy, and those with an ADG designed and installed Mountain Coaster found welcomed success. In fact, some east coast Ski Mountains have seen upwards of a 40% increase in incremental business following the inclusion of a Mountain Coaster! Who says Ski Mountains are just for skiing?!

For more on Mountain Coasters>>>