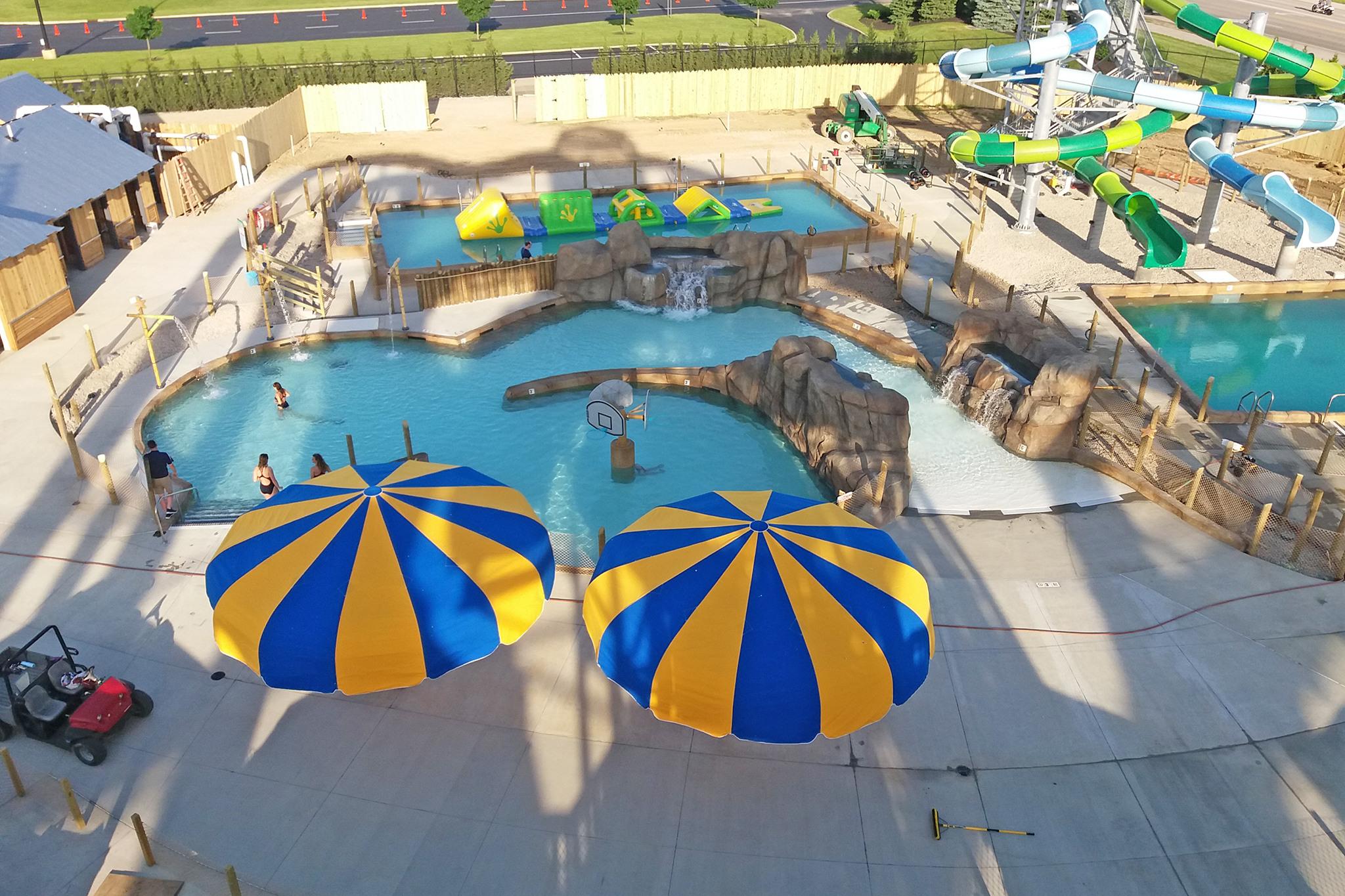 The $3.7 million dollar addition to the park is the first expansion to the Zoombezi Bay waterpark since 2014. General Manager of Zoombezi Bay, John Gannon, said that guests were consistently asking for more space to relax, more slides, and more interactive water ride attractions. Otter Banks was designed to accommodate all these requests.

In 2017, Columbus Zoo once again called upon ADG for the fourth time to design and build their newest expansion, Otter Banks. Designed and built around ADG’s Adventure Lagoon® water ride, the area features 2,500 sqft of active water play area with three separate play areas including an activity pool with basketball, 3 waterfalls and in-water seating; an 1,800 sqft action pool that holds an inflatable obstacle course; and a slide complex featuring two 30 ft drop slides.

“Our goal here is to not have people standing in long lines, so the more activities we have, and the more space we have, the less lines people are going to be standing in,” said John Gannon.
Otter Banks has the capacity to accommodate approximately 500 guests at a time, which should alleviate some of the congestion within the park. In addition to these thrilling water attractions, Otter Banks features an expanded lounge seating and 15,000 sqft of decking providing guests with the opportunity to relax along the shores of the three new pools and to slip into a tropical oasis without ever leaving town. Otter Banks also features all-new cabanas, which are the perfect place to gather with friends and family for a special occasion or just for a fun day in the sun.

“We’re incredibly excited for the opening of Otter Banks. This aquatic attraction gives us the opportunity to provide our guests with an experience unlike any other in Central Ohio to include both adventure and relaxation while also offering more space and shorter lines during their visit,” said Columbus Zoo and Aquarium President/CEO Tom Stalf.

“We have been pleased to work with ADG when we have looked for ways to expand our water park,” said John Gannon. “We are very excited about the new Otter Banks expansion to our park and are also proud of the other projects’ successes.