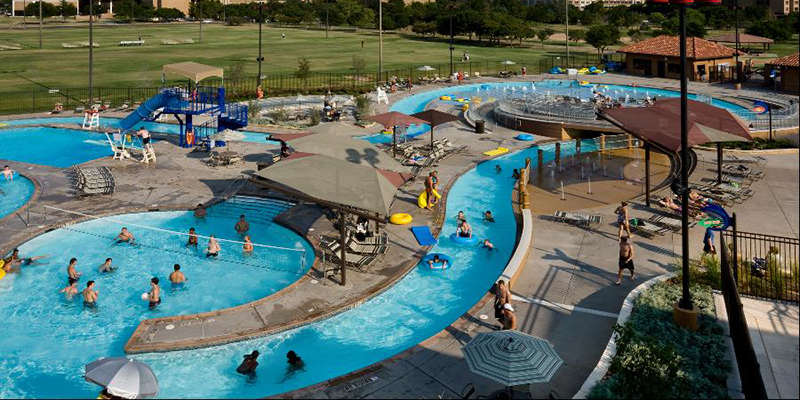 Colleges across the country are seeing the benefits of amplifying their recreational aquatic centers.

According to a recent article in Aquatics International (October 2015), the inclusion of a “mini-waterpark” instead of your run-of-the-mill standard swimming pool has resulted in increased enrollment numbers among colleges and universities and is being marketed as a way to differentiate schools by providing students with an on-campus solution for relieving stress and enjoying some down-time between assignment deadlines.

This article went on to state that “increasingly, schools across the country are spending millions of dollars on recreational water amenities that would rival some of the most elaborate waterparks out there. Colleges that used to compete on the basis of libraries and majors are now turning to lazy rivers and indoor beaches to attract and entertain a new generation of students.”

One example highlighted in the article was the University of Missouri’s $39 million rec center that “comes complete with an indoor beach, a lazy river, a waterfall, and a grotto modeled after the one at Hugh Hefner’s mansion.” Another showcased Texas Tech University who spent $8.4 million on their leisure pool with a 635-foot lazy river, waterslide, and tanning terrace. Pensacola Christian College spent $1 million on a surfing FlowRider® that pumps 600 gallons of water per second and Auburn University “reached record enrollment this year with their 240,000 square ft. rec center, complete with multiple climbing walls, a 45-person hot tub, and the nation’s longest indoor running track.”

Could one of these “mini-waterparks” be the right solution for your campus? Known for their innovative design and engineering capabilities, ADG’s team of experts can assist you every step of the way, from the first conceptual design all the way through the final construction phase. Learn more about the recreational opportunities ADG can offer your campus by visiting our Aquatic Center information page.