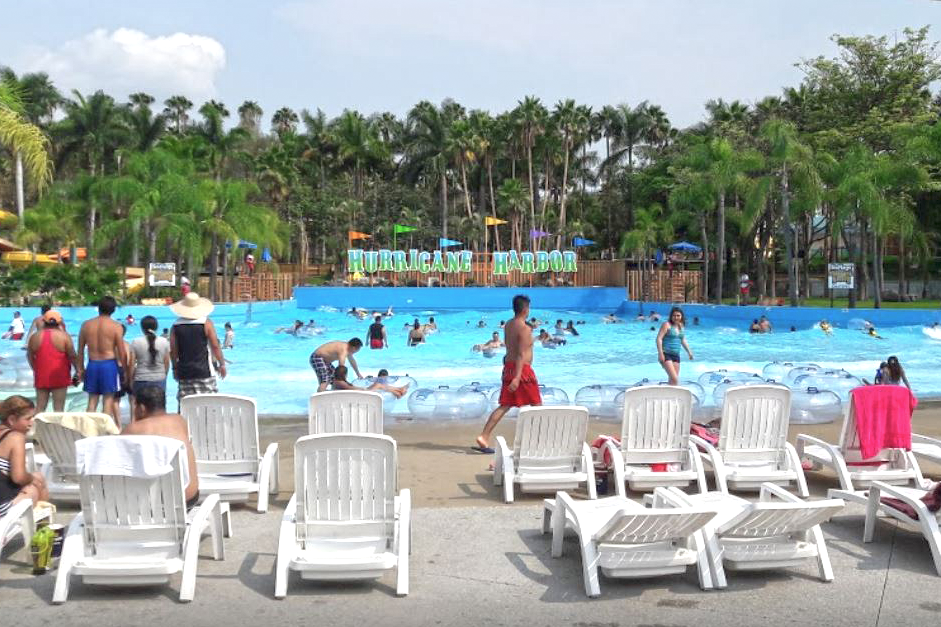 The 65-acre waterpark in Oaxtepec was originally built in the 1940’s. The preexisting property, owned by the Mexican Federal Government and run as a state park, underwent an expansion in 1970 but ceased operations in 2012. Six Flags purchased the old site in 2015, and in 2016, contracted with ADG to perform extensive renovations in order to reopen the new water park and bring it up to the Six Flags standard, introducing new and exciting water ride attractions.

As part of the first phase in enacting their master plan, ADG developed an overall layout to better connect the the preexisting portion of the park to the newly developed side. They also enhanced operational efficiencies by utilizing the existing infrastructure to incorporate an updated filtration system throughout the park, designing and testing on-site treatment facilities and holding tanks used for balancing the chemical makeup of the water, and harvesting for irrigation and landscaping. Electrical configurations for existing water systems were also addressed and updated.

“This project proved to be a challenge in terms of the lack of available pool system equipment and training,” said David Savage, ADG’s Director of Design & Engineering. “In order to balance the pools, ADG had provided a study of the availability of local chemicals and then assisted in pool operations training at Hurricane Harbor Oaxtepec, teaching them how to test water chemistry, balance water levels and monitoring filtration systems. Having an efficiently operating system is key for them in order to effectively support the many new attractions in the park ”

One of these featured attractions includes the opening of what is now the largest wave pool in Latin America. Powered by ADG’s Wavetek™ wave system, this 30,675 sqft wave pool is capable of producing waves of up to 2.5 ft in a variety of different patterns, all at a touch of a button. A 2,000+ ft long adventure river, kid’s play area, and more than nine water slides top off the new Hurricane Harbor water park which has plans to expand in the future, adding more rides and hotel on-site.

Aquatic Development Group (ADG) designs and builds indoor and outdoor water parks and recreational water ride attractions for all types of venues from large amusement parks and resorts, to smaller aquatic and municipal settings. All of their products and designs, from innovative wave pools and rivers to surf rides and adventure lagoons, are developed on the basis of creating unique guest experiences that maximize in-park capacity, encourage incidental purchases, entice repeat visits and increase length of stay.
ADG’s has installed more than 90% of all wave systems in the U.S. with their patented WaveTekTM technology and has provided design/build and equipment services to more than 4,000 public, scholastic, leisure resort and amusement facilities worldwide. They have won numerous IAPPA Brass Ring and WWA Leading Edge Awards for their innovative water parks and water ride attractions. For more information visit www.aquaticgroup.com.