Home  /  Our Work  /  Branson Mtn Coaster
Back to See Our Work

Branson Mountain wanted an innovative ride as the introductory attraction to their new Adventure Park. They chose ADG’s Mountain Coaster as the ride that would best maximize ROI, utilize property terrain, and create excitement amongst a wide demographic base. 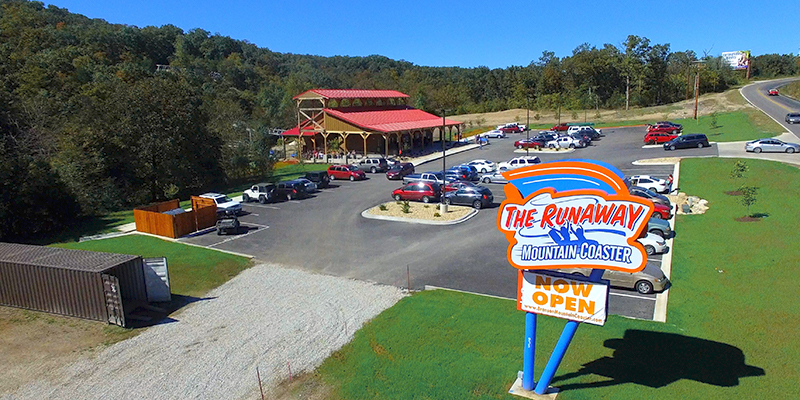 The project to install The Runaway Mountain Coaster began in late April 2016 and was open to the public a short three and a half months later on August 2nd. Capitalizing on the remainder of the summer season with immediate revenue generation. This efficient and quick approach from construction to completion is something that has never before been offered in the industry.

ADG’s expertise in construction and equipment management allowed for Branson’s Adventure Park to completely transform its offerings in a little over 3 months. Having not only the task of installing the mountain coaster track, Branson also needed a parking lot, line que, restrooms and retail options for their guests.

This new 4,900 ft. long mountain coaster track is laid out over 330’ ft. of elevation and carrying guests around twists and turns and two elevated 360 degree corkscrews. With the ability to control their own speed during descent, guests have a unique experience with every ride. 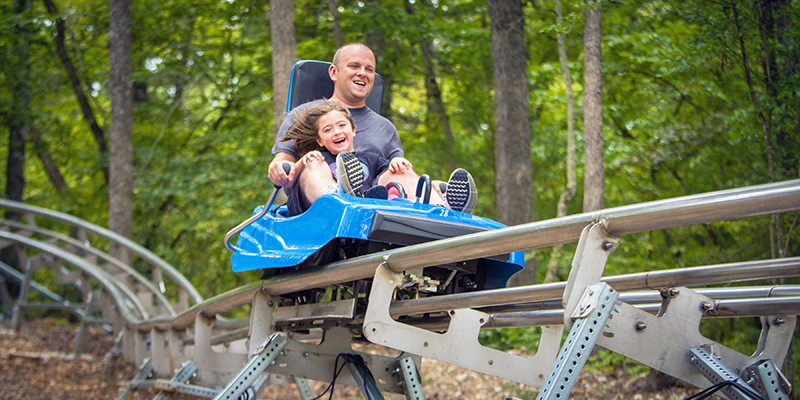 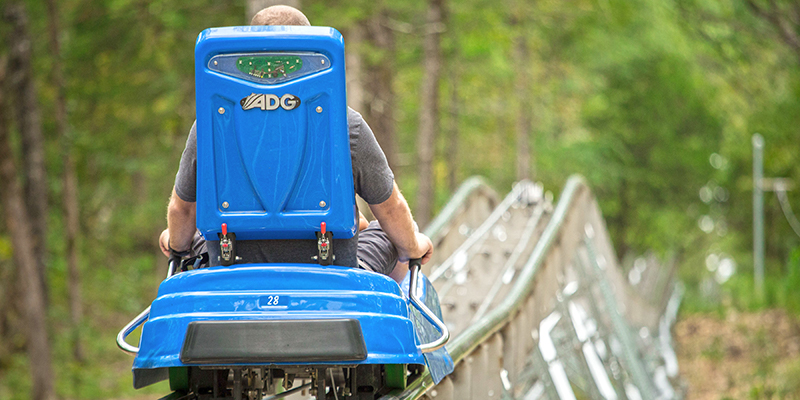 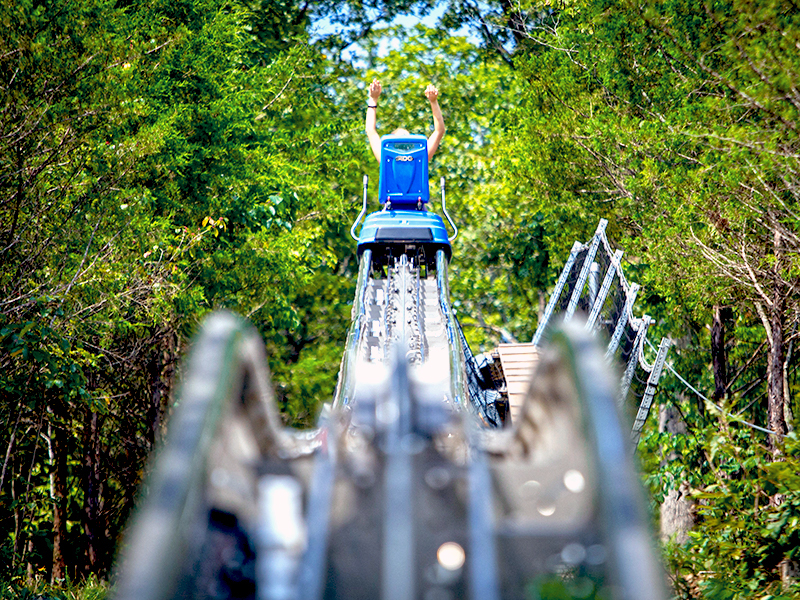 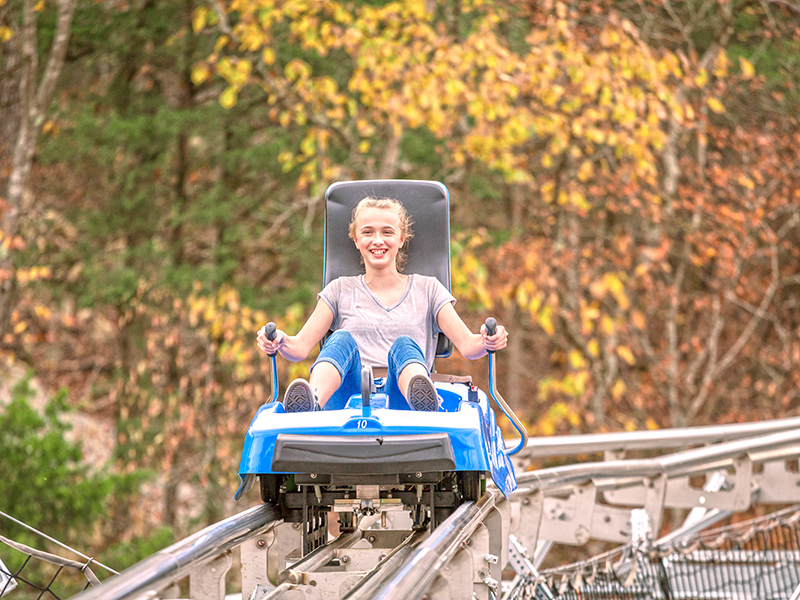 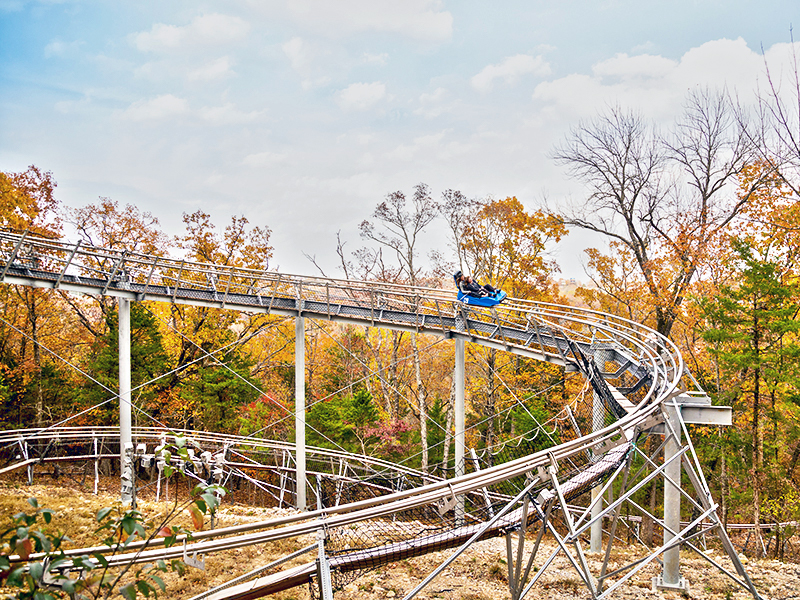 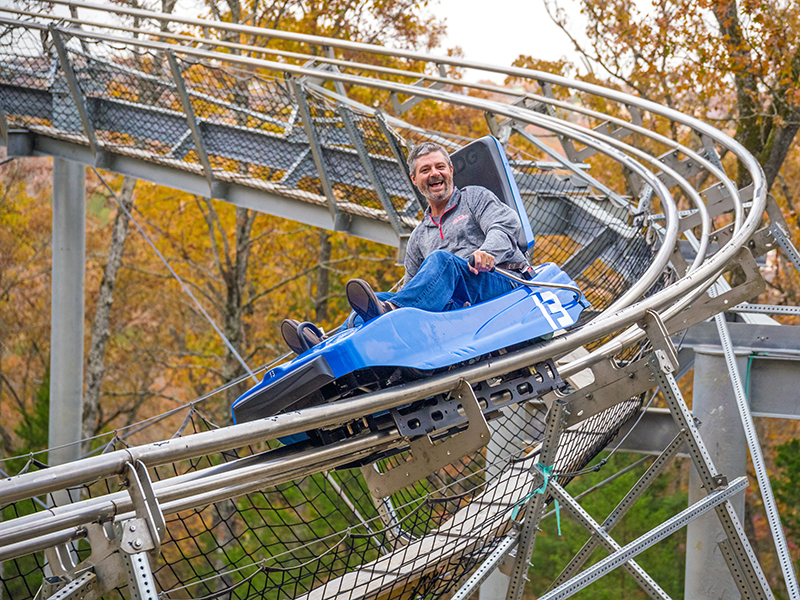 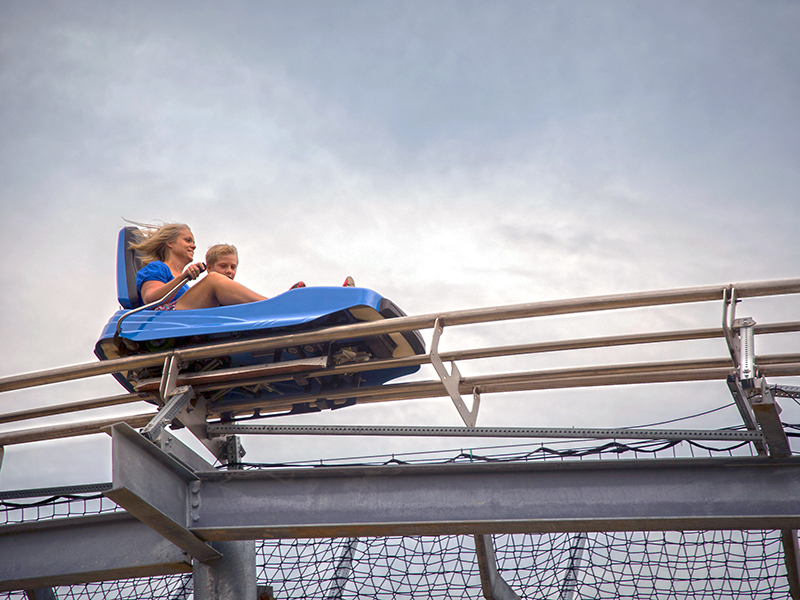 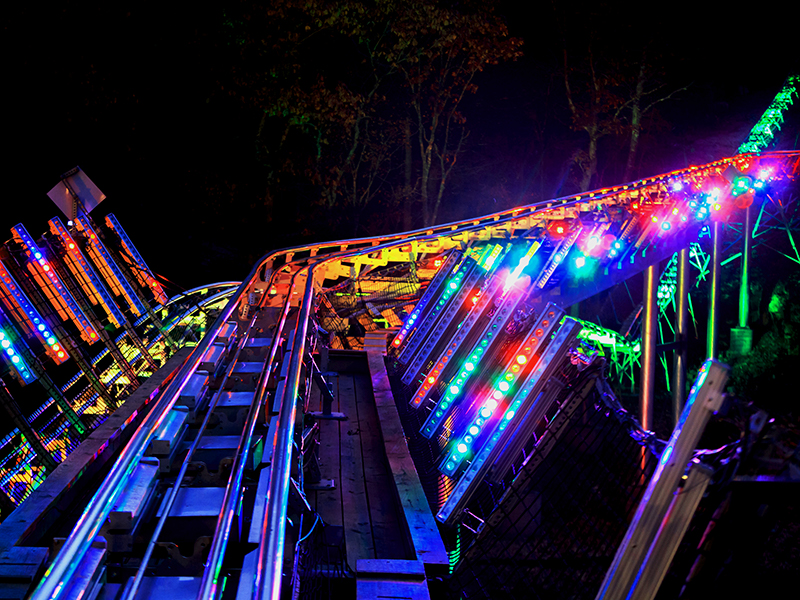 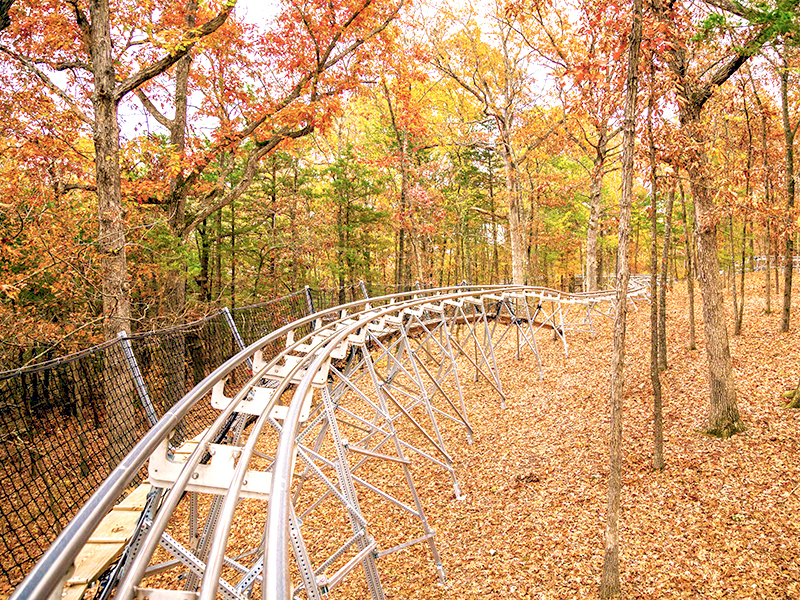 “From ages three to ninety-three, 100% of the people who rode “The Runaway Mountain Coaster’ loved the ride! We couldn’t be more pleased.”