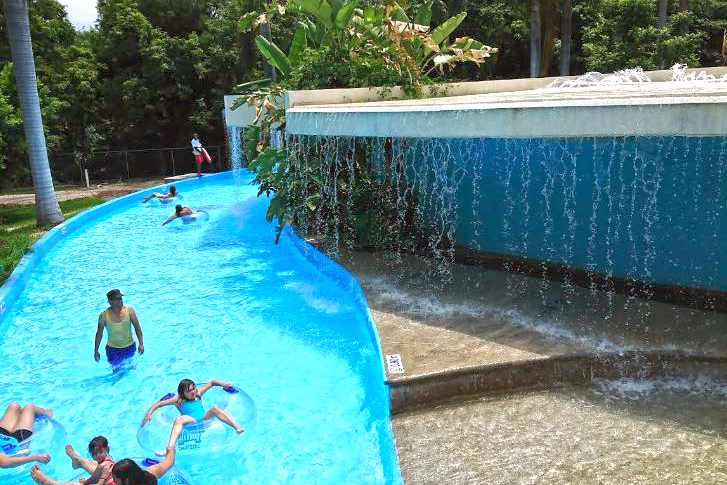 Six Flags Hurricane Harbor Oaxtepec is a 65-acre waterpark in Mexico that was originally built in the 1940’s and purchased by Six Flags in 2015. In 2016, contracted ADG to perform extensive renovations in order to reopen the new water park and bring it up to the Six Flags standard, introducing new and exciting water ride attractions.

ADG developed an overall layout to better connect the the preexisting portion of the park to the newly developed side. They also enhanced operational efficiencies by utilizing the existing infrastructure to incorporate an updated filtration system throughout the park, designing and testing on-site treatment facilities and holding tanks used for balancing the chemical makeup of the water, and harvesting for irrigation and landscaping.

ADG opened the largest wave pool in Latin America, powered by ADG’s Wavetek™ wave system, this 30,675 sqft wave pool is capable of producing waves of up to 2.5 ft in a variety of different patterns, all at a touch of a button. A 2,000+ ft long adventure river, kid’s play area, and more than nine water slides provided by ProSlide top off the new Hurricane Harbor water park which has plans to expand in the future.