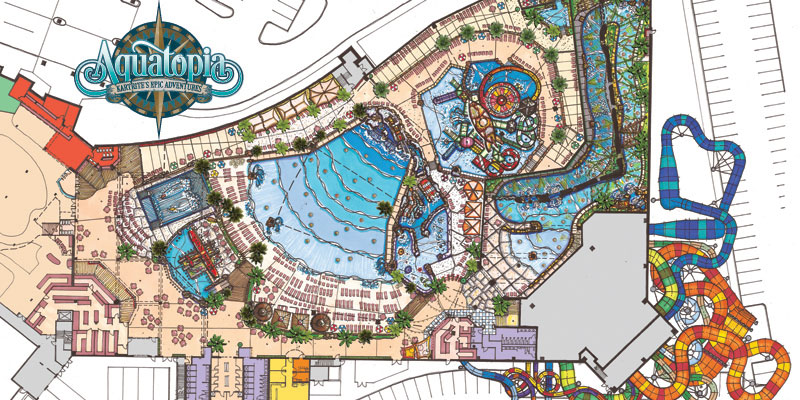 SNAPSHOT: What We’re Working On IN THE NEWS | AQUATIC DEVELOPMENT GROUP | July 23, 2014

As announced on the 50 year anniversary, Camelback Mountain Resort is underway with the largest expansion project to date and once completed, it will be the most interactive resort in the U.S.

With the design, supply and build by Aquatic Development Group, Inc., the construction of the all-new $163 million Camelback Lodge and Indoor Waterpark began in September of 2013 and is projected to open in the spring of 2015. The indoor waterpark, known as Aquatopia, will be 125,000 square feet with two levels of water features, seven pools, 19 slides, a FlowRider® and so much more! Here are a few facts about the lodge and indoor waterpark:

This is one of the many resort projects that ADG has had their hands in from Massanutten Resort, Silver Mountain Resort, Jay peak and more. ADG is an expert in the ski resort industry, helping many ski mountains increases their revenue stream in their “off seasons” by adding a mountain coaster or indoor/outdoor waterpark in order to stay open year round. Since the purchase of Camelback Mountain by Ken Ellis and Partner Arthur Berry III in 2005, the addition of the outdoor waterpark and mountain coaster has shown substantial growth for the resort in these eight short years. With the addition of the new lodge and indoor waterpark, it is almost certain that is will add to the resort in a more substantial way than any other project in the past. 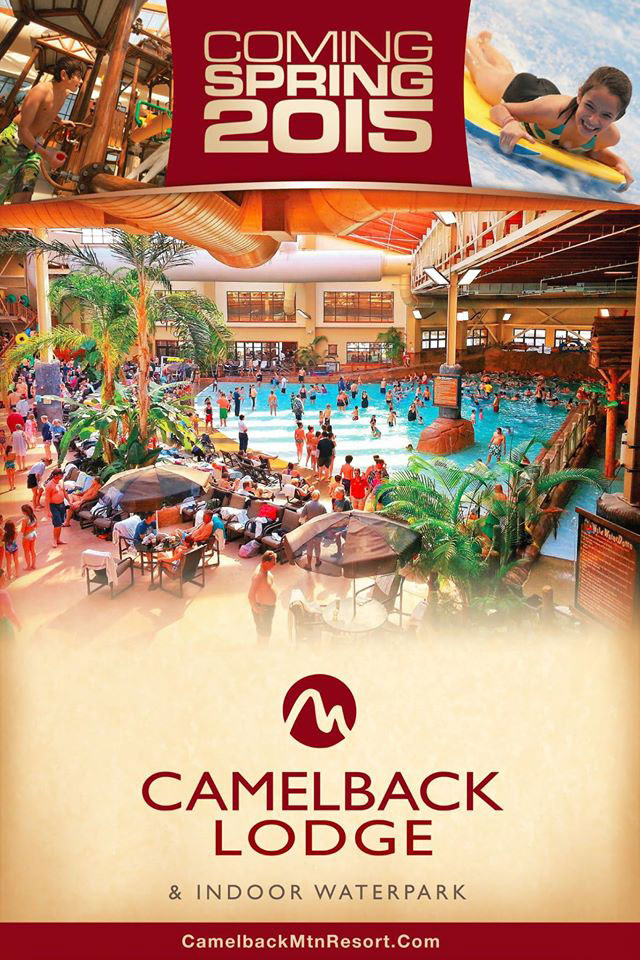 ADG is the largest single provider of aquatic equipment in the world and has been for more than four decades. ADG continues to provide exceptional equipment and project services to more than 4,000 public, scholastic, leisure resort and amusement facilities throughout the US and Eastern Canada. ADG understands that every project deserves a custom approach, requiring a unique mix of products and design layout to maximize guest satisfaction and return on investment for our clients. The ADG Project Services team has earned an exceptional reputation for success with clients including Six Flags, Wilderness Resorts, Cedar Fair, Kalahari Resorts, Dollywood, Disney, Intrawest and Paramount Parks.  From amusement parks, resorts & hotels and municipalities, to zoos & aquariums, Hollywood movies and even local backyards, no other aquatics corporation in the world has the ability to follow a project though from concept to completion like ADG.  For more information, please visit www.aquaticgroup.com.